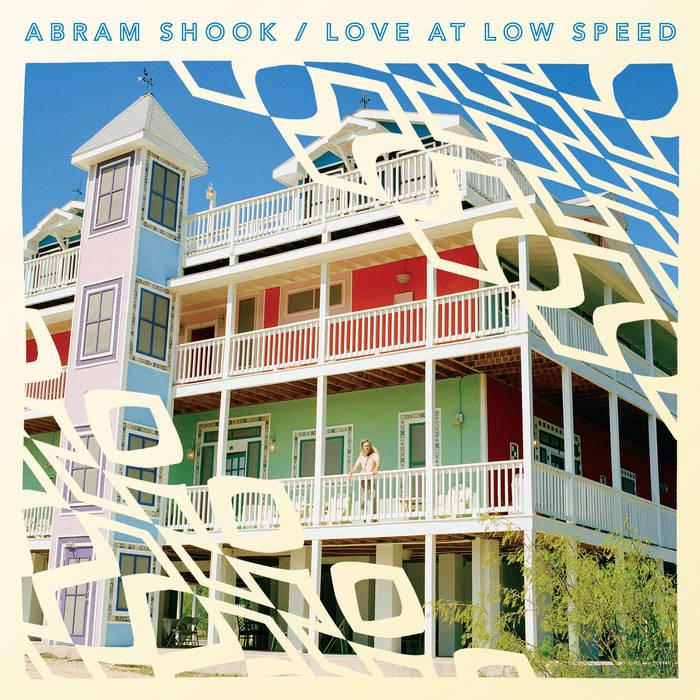 Austin-based musician Abram Shook is a remarkable wellspring of ideas when it comes to songwriting. When he sat down to write his third album, he produced two distinct batches of songs, one very personal collection titled Love at Low Speed, and a darker, more detached collection titled Love in the Age of Excess. Due to time and money constraints, he opted to only record the more personal album, which explores themes of love, loss, and connecting with others, all themes he's been careful to avoid on previous albums. As he explains, "I avoided the subject of love in the past because I thought it was a cliched, overwrought topic. What else could I really add to the cannon? Writing the album directly coincided with some pretty big changes in my life, mainly the ending of an 11 year relationship." Love at Low Speed proves that Shook has plenty to offer on these topics, and that he's at his best when he digs deep, mining his years of experience for confessional tales peppered with hard-wrought wisdom.

The production on the new album is fittingly more intimate and organic than what we heard on his previous albums Sun Marque (2014) and Landscape Dream (2015). Inspired by the unique worlds of sound David Bowie created throughout his career, Shook and close collaborators Christopher Cox and Grant Johnson kept the album's production focussed from beginning to end. "With Love At Low Speed I wanted to use a more consistent pallet of sound to tie things together better than I had on my previous records. A touchstone album for me has always been Club Da Esquinha (Milton Nascimento/Lo Borges). It explores multiple genres but filters everything through the same beautiful production arrangements which lends to its cohesion. I think in the back of my mind I'm always striving to achieve something close to that album's rare blend of unique songwriting and challenging production choices without sacrificing a certain pop sensibility that invites new listeners." Their efforts paid off, and throughout Love at Low Speed the world of sound they created balances Shook's tender tenor with sensual bass grooves, and strings provided by Austin's Tosca String Quartet. Mixed by Noah Georgeson (known for his work with Joanna Newsom, Devendra Banhart, Andy Shauf, et al) the album has a clarity and warmth that focuses your ear on Shook's emotional delivery.

Shook grew up in California where he spent his days surfing, studying jazz, and absorbing the rich radiant music of Brazil and West Africa, before moving to Portland, and then Boston, before finally settling in Austin, TX over 10 years ago. "Settling down in Austin for a longer period of time has allowed me to establish a rich community of peers to draw from for influence and support. With time comes trust, and I’ve learned to give over some control to others in hopes to gain a perspective on songwriting that I might normally overlook." In addition to becoming an important part of Austin's creative community, being landlocked for a decade, has helped Shook develop an affirming perspective on his past, which helps him quell his anxiety, and focus on his creative pursuits. "I write about a California that no longer exists in the nostalgic form that I hold in my memory, just as the people that have journeyed in and out of my life are no longer the same either, nor am I the same to them. If everything is malleable at all times that means I am too, and that’s a notion I can take comfort in."

Shook's solo debut, Sun Marquee breathes with the lungs of a man that finally found a place to call home, while also reflecting upon the circuitous path that led him there. Propelled by Shook's impeccable bass groove, and inspired by artists like Shuggie Otis, Serge Gainsbourge, and Chico Buarque, Sun Marquee distills lessons learned and questions unanswered into an accessible collection of pop. ... more

Bandcamp Daily  your guide to the world of Bandcamp

Cannibal Corpse's George "Corpsegrinder" Fisher stops by for an interview